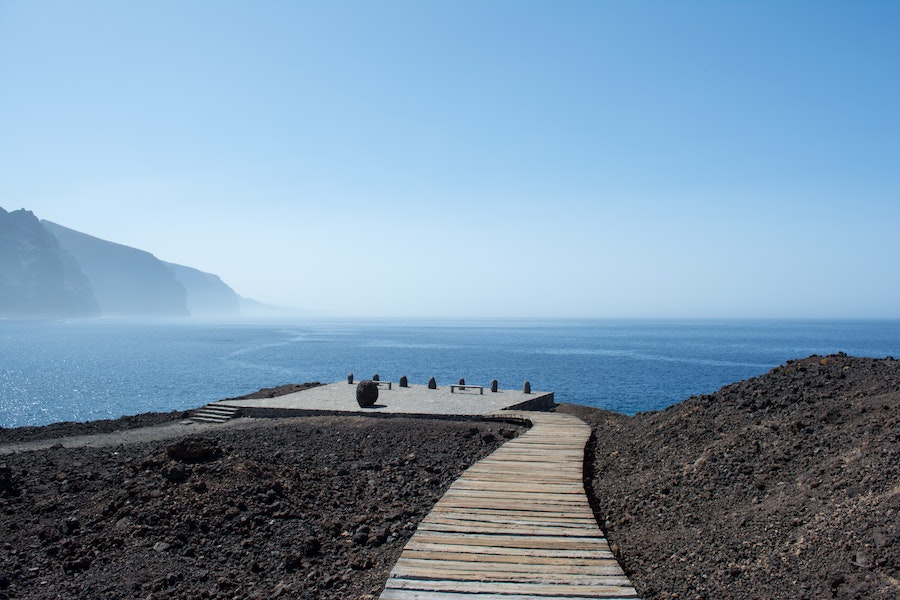 Are you thinking about visiting Tenerife, but you are not sure if it is worth it? Here are the top 8 reasons why you should!

Tenerife is one of the most visited island in the Canary Archipelago and for good reasons. This charming island has an incredible variety of landscapes and activities to do.

Here is the top 8 reasons why you should visit Tenerife in your next holiday:

REASON 1: GOOD WEATHER ALL YEAR ROUND

Tenerife, also called “the island of eternal spring” has an ideal climate all year round with mild temperatures and sun that shines in all seasons. When everyone else is freezing in Europe during winter, you can be swimming in some of the best beaches in Europe!

REASON 2: TENERIFE IS A DIVERSE ISLAND

Among other things, you can sunbathe on incredible beaches, swim with turtles, hike in volcanic landscapes, see huge forests, deserted canyons, go shopping in Santa Cruz or take a walk in the must-see historic center (a UNESCO World Heritage Site) of La Laguna.

Tenerife also has many trails for hikers. Among the most beautiful hikes, impossible to escape the ascent of the Mount Teide (the highest mountain in Spain with 3,718 meters above sea level). Another majestic hike, is the descent into the gorges of Masca or the walks in the laurel forest of Anaga.

To play golf head to Costa Adeje, there is one of the best golf course on the island (website).

The typical Canarian gastronomy is also a good reason to come to Tenerife. A great classic from the Canary Islands, are the papas arrugadas served with a mojo sauce (sauce made from peppers and chili peppers). These small potatoes cooked in very salty water can be eaten at any time of the day.

As for drinks, try a barraquito, it is a coffee to which condensed milk and coffee liqueur are added. It’s very sweet, but impossible to resist!

For some of the best restaurants on the island head to Puerto de la Cruz.

The beaches of Tenerife are one of the main tourist attractions on the island. And for good reason! The island offers a variety of more than 40 beaches on a coastline of almost 400 km.

There are many types of beaches in Tenerife, from golden sand to black volcanic sand to stone beaches. The southern part, in particular, is very popular for its beautiful beaches overlooking the deep blue Atlantic Ocean. Every year, thousands of locals and tourists take advantage of the sunny weather of the Canary Islands to sunbath and to take a dip in the sea.

REASON 6: THERE ARE SO MANY FESTIVALS THROUGHOUT THE YEAR IN TENERIFE

Here are some main events in Tenerife:

February-March, Santa Cruz de Tenerife carnival. It is as famous and lively as the carnival of Rio in Brazil. More info here.

August 15, Feast of the Virgen de la Candeleria A gigantic procession takes the direction of the Basilica of La Candeleira, located in the municipality of Candeleria on the island of Tenerife.

November, the Fiesta de San Andrés (The Feast of Saint Andrew) On the night of November 29 to 30, the faithful make a nocturnal procession. The next day there are many activities including the traditional “correr las tablas” (plank race) which consists of descending the slopes of a hill on greased planks in Icod de los Vinos.

REASON 7: TENERIFE HAS A LIVELY ATMOSPHERE AT NIGHT

If you want to relax, Tenerife is the ideal destination! There is a relaxed atmosphere everywhere on the island.

However when the nightlife begins it is entirely another story! Playa de Las Americas is one of the top places to party all night long, but you can spend evenings with an equally hectic and slightly more typical atmosphere in Puerto de la Cruz and Santa Cruz.

READ: 25 BEST THINGS TO SEE AND DO IN TENERIFE

Tenerife is full of quaint little towns and villages. San Cristobal de la Laguna, the former capital of Tenerife is one of the prettiest places in Tenerife. What makes the charm of this city are the many old houses with typical Canarian architecture. You will simply love walking through the colorful alleys! (READ: 10 BEST THINGS TO SEE IN LA LAGUNA)

The first time you will see Masca, you may sincerely wonders how is it possible that such a place has survived for centuries. Going back even further in time, you may also wonder how and why the village has been built in such a remote area literally hidden in the mountain.

READ: WHAT TO SEE IN MASCA?

All our posts about Tenerife